The lights, the azaleas, the dresses, the pink faces, the velvet chairs, all became one beautiful flying wheel.”
― Katherine Mansfield

Welcome Azalea! This beautiful girl is full of personality. This sweet little seal came to us a little underweight, but no worries, we’re working on getting her to her healthiest! She currently weighs 20 pounds at 5 months old and should get to around 35-45 pounds when full grown.

At just five months old, Azalea has caught right on to housebreaking and crate training! She’s so close to being house trained — she sleeps through the night in her kennel and goes potty the minute she’s outside! Our little girl, however, IS crate trained! She’s quiet in her kennel and loves to eat her dinner there.

Though she has not met cats, Azalea has met kids and other dogs and does well with them! Because she’s a puppy without the best manners, she’d likely do best with older kids. As far as pups go, she loves her brother, Lupin, and will likely make a great dog park dog with the right socialization!

Azalea is as sweet as they come. She’s more gentle than her brother, but just as friendly, and loves meeting new human friends! She loves getting snuggles or affection and is more likely to want you to pet her at all times!

Like any puppy, Azalea needs to go on walks and have play sessions! Though she is less energetic than her brother, she is still not a sit around all the time kind of pup, so anyone who adopts her will need to be ready to play, play, play when Azalea is ready!

Are you looking for a baby seal to call your own? Contact us today! 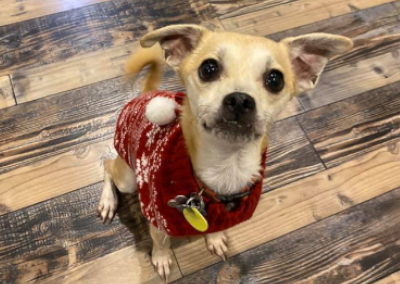