Introducing Cinnamon! This tiny, yet mighty(!) little gal is around a year old and weighs an impressive nine pounds. She is full grown, so we don’t expect her to change anymore in size. With her perky ears and her scruff, it’s hard not to see why we’re smitten with cinnamon!

Cinnamon is NEARLY housebroken! She’s SO close, in fact, that as long as she’s on a schedule, she keeps her crate clean. Through the night, during the day, you name it – she’s got it! She doesn’t have a signal just yet, but as long as you’re regularly taking her out, she’ll be okay.

Now crate training? Our girls got that down! She even goes into her kennel on command. She is much more comfortable in the crate when you are there and does cry if left alone.

While she hasn’t been around children or cats, Cinnamon is great with other dogs! She has lived with several dogs of all shapes and sizes (even up to 90 pounds!) She currently lives with two small dogs and a larger bully breed dog and does great with them.

Cinnamon is your typical small dog. She’s extremely affectionate and loves to be around her people. Her foster mom loves that she loves to snuggle under the covers with her and that she’s a little shadow, always making sure she’s just a few steps behind you!

She is a little shy, but makes friends quickly as long as her new pals respect her personal space. She’s food motivated, so enticing her with treats is always a good way to make a friend out of her!

Now just because she’s a small dog, don’t expect her to be a couch potato. Cinnamon is a girl on the move! Right now, she’s thriving on (according to foster mom) “one minimum 15 minute (to 60 min) walk per day plus active play sessions (ex: throw her ball or toy in house) 2-3 times per day plus 1-3 short training sessions per day.”

Cinnamon needs a dog-savvy parent who will listen to her cues and love her for the dog she is! Interested in meeting this tiny girl? Contact us today! 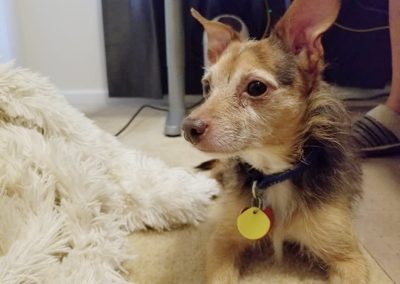 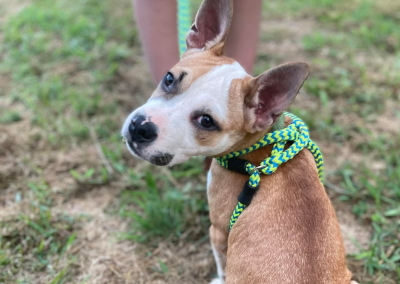 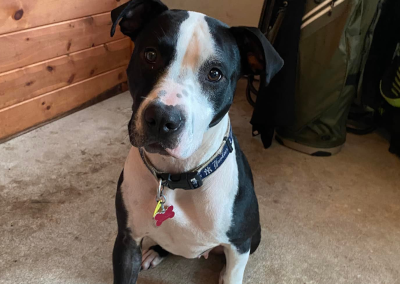 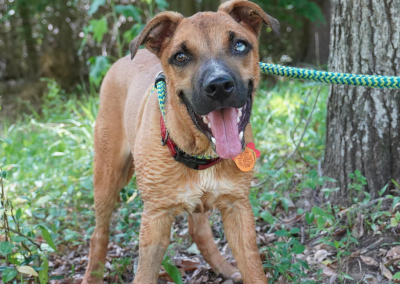